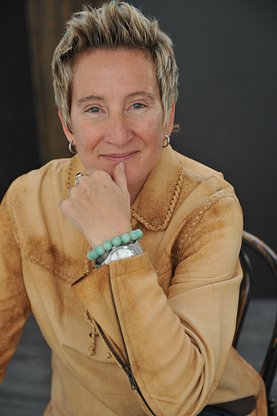 Before Spirit came knocking loudly, discovering plant medicine  and eastern mysticism my life was a mess.

The patterns of self-sabotage, unworthiness, bitterness and resentment ran deep.  I found myself constantly engaged in negative thoughts and emotions.  I attempted to escape and soothe these thoughts and feelings with drugs an alcohol which of course only provided temporary relief if at all.

I was dragging around plenty of worn out suitcases filled with baggage I didn't want but at the same time I didn't know how to leave it behind.

My childhood was filled with trauma and sexual abuse.  My mother continually told me how worthless I was in between throwing pots and pans or fists at me.  The sexual abuse from strangers further reinforced the perception of my unworthiness and I began to create walls aound me, constantly walking on eggshells and trusting absolutely no one.

I was caught in a loop of fight or flight, thoughts of suicide were often present including a few feeble attempts.  Guilt and shame plagued me with every step I took.

Now don't get me wrong, there were times of joy and happiness, the problem was I simply couldn't sustain them and back into the darkness I would go.

I was a very empathic child, I could feel everything and the energy of those around me.  I simply didn't understand or know what to do with it.  It was intense and not knowing if it was mine or someone elses caused great confusion and fear.  I didn't trust anyone else and I certainly didn't trust myself.

And this is how I lived until well into my adult years.

I had always been very intuitive and somehow just knew and felt things.  A few months before my 16 year relationship ended, I started to see Spirit.  Fortunately I had explored and dabbled with a few mystical traditions so it didn't surprise or bother me.  I had a few "interesting" experiences and somehow I knew it wasn't something to be afraid of, but with my relationship ending I just didn't know what to do with it.

After my relationship ended, I was even more miserable.  I had completely sabotaged the relationship and the added guilt and shame send me into a deep depression for many weeks.

And then; my life turned on a dime in a series of fairy tale events that would make your head spin.

Serendipity led me to a local healer and an experience so mind blowing that I had to understand and know how such an incredible shift in energy could happen.  From that moment on I made the decision to live and explore energy and spirit.  I dove in head first like a dog with a bone.  I took course upon course and began to preceive things differently while opening up to my intuitive and psychic abilities.  I travelled to India and Nepal

My life starting to change rapidly and for the better.  A short while later the plant medicine came calling and I was in the Amazon drinking ayahusca.  The first five ceremonies were something I still don't have the right words for but I released and healed so much guilt, shame, sadness and resentment I couldn't believe it.

During my second trip to the Amazon, the medicine made it clear that sharing plant medicine was going to be in my life and I said "yes".  From that moment I began to train with ayahuasca.

I continued to go back to the Amazon to learn and continue to uncross the tangled up mess of energy that I had been before.  In between these trips I travelled to India and Nepal embracing the wisdom and teachings of eastern mysticism and the yogic sciences.  I went on a journey to Teotihuacan and became initiated as a Nagual Shaman in the lineage of don Miguel Ruiz.

A short while later I was introduced and initiated by an enlightened Master, Yogi and Guru - Sadghuru.  The experience of the initiation was out of this world and I continued to go back and receive many ancient krya initiations which I practice on a daily basis.

This combination of Shamanism, Initiation and Krya have deepened my connection to Spirit and the Divine in a way that I often times have difficulty explaining and finding the words for.  It has become my life and my passion to share this unique mix of healing and awakening with all who come my way.

I no longer have suitcases filled with baggage and I have come to look at all of my past experiences with gratitude as they have provided so much wisdom.  I have forgiven my mother and all others who I thought had wronged me.  I now live an amazing life in connection with Spirit and the Divine.  It is a magical and mystical journey that continues to unfold as more and more dimensions of the unseen become available to me.

It is only through experience that we can understand and know something different than before and step into our full and limitless potential.  Over the past decade I have dedicated my life to learning and sharing the tools, techniques and processes to move in that direction of what is beyond physical duality.  Whether it be through plant medicine or eastern mysticism, there is a way to get there.  If I can do this, anyone can.

Sacred Valley Curandera and Carmelle Kemp have changed my life in so many ways.  If you are looking to evolve and connect to the essence of who you really are, I highly recommend you at least reach out and have a chat.  You won't be disappointed.